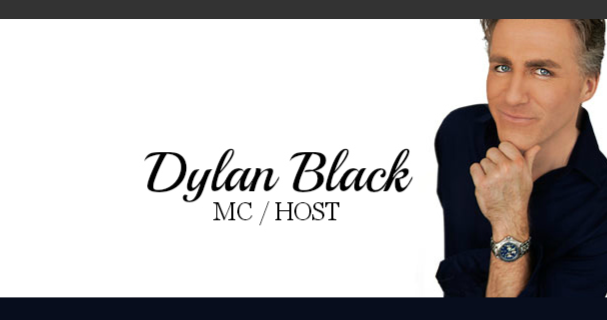 Originally from Vankleek Hill, Dylan has been part of the Ottawa radio landscape since 1999. Having hosted top rated shows on KOOL FM 93.9, Majic 100, 580 CFRA, Virgin Radio, 101.9 DAWG FM and 106.9 The Bear. Dylan is currently heard on BOOM 99.7. You may also recognize him from television! Dylan has been a fixture on telethons in support of the Children’s Hospital of Eastern Ontario and the University of Ottawa Heart Institute. He also serves as a replacement host on “Rogers Daytime” on cable 22.

Dylan has also MC’d major concerts and has interviewed many top musicians, celebrities and public figures. Dylan is a champion in our community as well, having supported The Children’s Wish Foundation, Movember and the Max Keeping Foundation to name a few. Thousands of dollars have been raised due to his efforts. He also strongly believes in the blood donation process, having donated whole blood close to 60 times! Dylan was also named “Ottawa’s Favorite Radio Host” twice. Dylan was recently nominated for Ottawa "Humanitarian of the Year!"

Heroes Combat League requires all competitors to abide by the following requirements:

Results must be presented at the time of the weigh ins. Weigh in must be on time.

NO KNEES TO FACE OR HEAD

FRONT KICKS ARE ALLOWED TO THE FACE

BUT NO UP KICKS TO THE FACE FROM THE GROUND UP

SPINNING SIDE KICKS ARE ALLOWED

NO STRIKES ALONG THE SPINE, KIDNEYS OR BACK OF THE HEAD ,NECK OR THROAT. NO STRIKES AT GROIN,  KNEE LEVEL OR BELOW

NO ELBOWS TO THE HEAD, BODY IS ALLOWED

NO SPIN BACK FIST TO THE FACE,

BACK FIST IS ALLOWED (NO SPIN)

NO HAMMER FIST TO THE HEAD,

TO THE BODY IS ALLOWED

Straight, punches, hook, uppercuts etc are allowed, MUST STRIKE WITH THE PROTECTED PART OF THE GLOVES.

Elbows are allowed to the body only using forearm, no elbow tip, NOT 12-6

NO STRIKES ALONG THE SPINE, KIDNEYS

OR BACK OF THE HEAD ,NECK OR THROAT

NO SLAMS, no picking up your opponent higher than your shoulders and slamming

(7 fights, winning records or even)

Other Rules and Regulations

A victory by technical knockout is declared when a competitor in a grounded or standing position receives multiple and consecutive fully unprotected punches to the head from the opponent. The referee is at liberty to stop the fight at his discretion. The official is entitled to declare a victory by TKO, upon observing progression of the match, he/she deems that the athletes cannot and should not continue.

A victory by submission indicates that the opponent has control of the bout and has a submission lock or choke. A “tap” from downed opponent or a verbal tap will be sufficient for the referee to stop the bout for the safety of the fighters

A victory by forfeit is declared when a competitor fails to appear in the cage on time for the match.

Judging will be based on:

Each round with a 10 point must system

Three Judges will base their decision, if any, on these above criteria

All competitors must be wearing head protection, 7 oz gloves, shin and instep, depending on level of fighter.

All to be supplied by Heroes Combat League

Mouth guard as well as groin protection will be supplied by each competitor.

Bringing Top MMA SKILLS to you